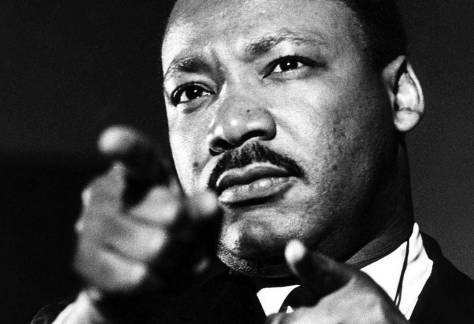 Each year a fundamental question arises. Young people especially want to know, “Why do we honor Dr. Martin Luther King, Jr.? The following is a brief analysis which can be duplicated and shared. 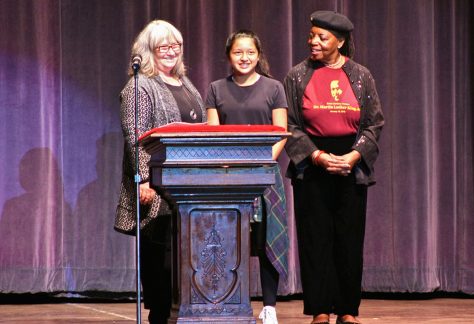 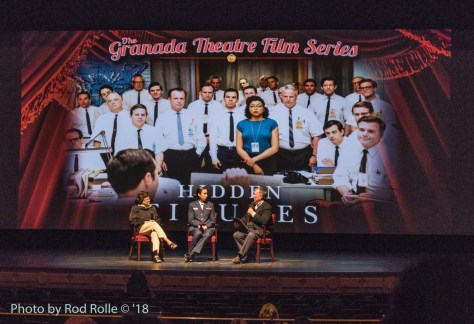 The Celebration for Dr. Martin Luther King, Jr, in Santa Barbara is a free event for our community. We believe that we all can be enriched by the legacy of Dr. King’s life and work. 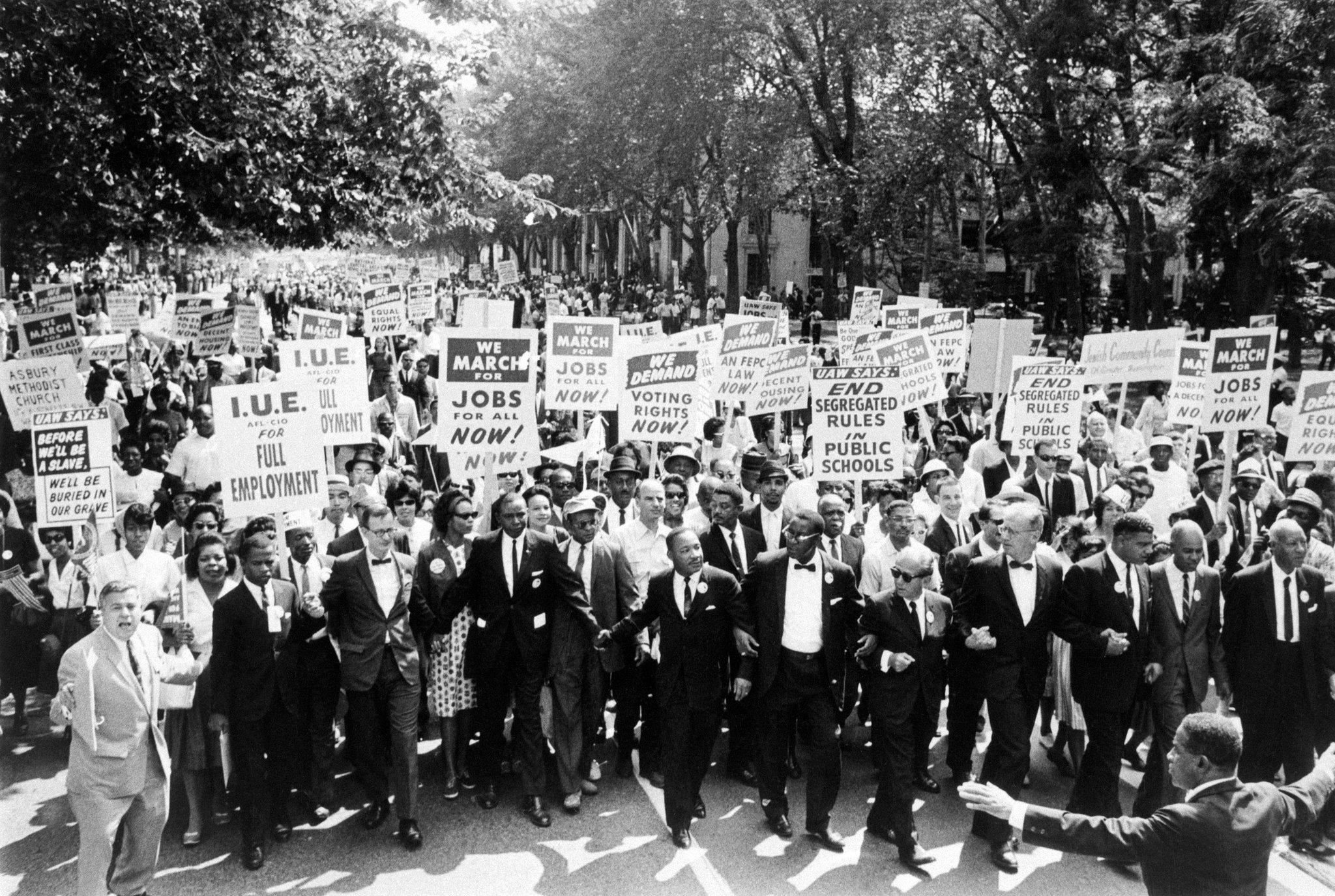 Each year a fundamental question arises. Young people especially want to know, “Why do we honor Dr. Martin Luther King, Jr.? The following is a brief analysis which can be duplicated and shared with schools, churches, organizations and the media.

Early in our country’s history, almost all black people came here as slaves. Because people in the South felt they needed cheap labor in building the land and because black people in Africa knew how to farm land like that in the South, they were taken from their homes and forced to come to America. Upon arriving in this country, they were sold to whites as slaves without rights or freedoms.

In 1776, the American Colonies declared their freedom from Great Britain. In the Declaration of Independence, Thomas Jefferson wrote that “all men are created equal; that they are endowed by their Creator with certain unalienable rights; that among these are life, liberty, and the pursuit of happiness.” That is, Jefferson declared that all citizens have the rights to be free from oppression and have equal opportunities in pursuing their goals. These ideals have been called the American Dream.

To best achieve these ideals, the people of the United States developed their government along democratic principles in which the people choose who will lead them and decide which laws should guide them. The Constitution is a document that tells how leaders are to be chosen and how laws are to be made. The laws can be changed, usually when a majority votes to do so.

However, in the new government, slaves were not given the same rights as white people. They were not given the opportunity to choose their leaders, start businesses, own homes or go to school. Slaves were not allowed to lead their lives in the ways they wanted. Yet, there were many people, mostly people in the North, who wanted the slaves to be free, but there was not a majority of the people in the country who felt that way. Some states in the North had outlawed slavery, but most blacks in the South remained slaves. Free blacks in the North had more rights than slaves, but they still did not have as many rights as white people.

Freeing the slaves was a large issue in the Civil War. After that war, the slaves were ?nally given their freedom through amendments to the Constitution. The Thirteenth Amendment outlawed slavery in the United States, the Fourteenth Amendment gave blacks citizenship and the Fifteenth Amendment gave them the right to vote. Blacks became free citizens of the United States, but many whites were not happy with this change. They felt that blacks should not be treated as citizens equal to whites. They passed laws to keep whites and blacks apart. In 1896, the Supreme Court decided that the “separate but equal” facilities legalized in the South did not violate the 14th Amendment. Thus, blacks could not work with whites, live in the same neighborhoods or send their children to the same schools as whites. Even so, black people throughout the nation contributed to the betterment of the country.

Efforts to give black people their rights never stopped, but the changes were not enough. After World War II, many more people felt that new laws were needed. In 1954, the Supreme Court ruled that blacks and whites could go to the same schools, saying that “separate but equal” schools were inherently unequal. However, many people still did not want to change. It took a strong leader, a person who believed in peace and justice, to win more freedom for black Americans. Martin Luther King, Jr. was that man.

Between 1955 and 1968, Martin Luther King, Jr. helped change America. He brought to the world’s attention how unfairly blacks were treated. He had the help of millions of Americans, but his strong leadership and unprecedented power of speech gave people the faith and courage to keep working peacefully even when others did not. This led to new laws that ended the practice of keeping people of different backgrounds apart, making life fairer for everyone.

America will always remember the work of Martin Luther King, Jr. Each year, on the third Monday in January, we celebrate his birthday. This is the first national holiday to honor an individual black American. The legacy of Dr. King lives in each of us and we are responsible to promote, teach and live the American Dream. 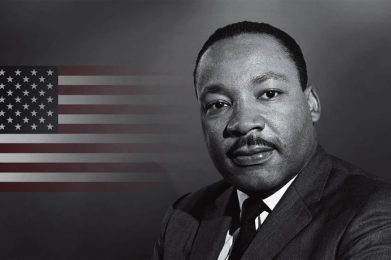 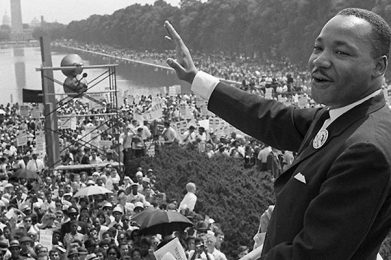 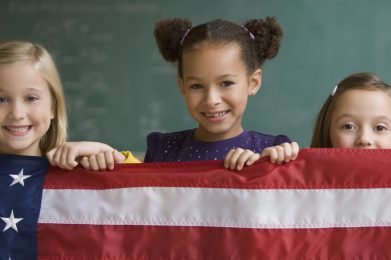 $1000 in Prizes for Local Youth and Teens

Uplifting Our Youth Follow up by Gateway Educational Services 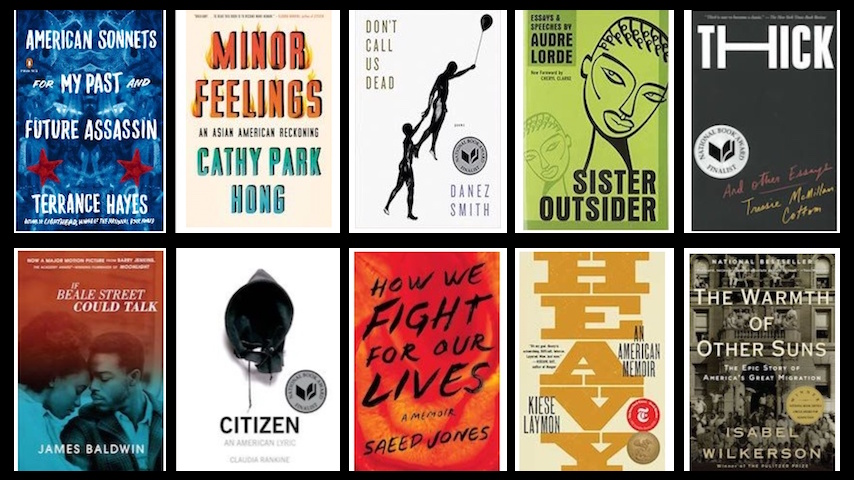